The History of Hampton, TN 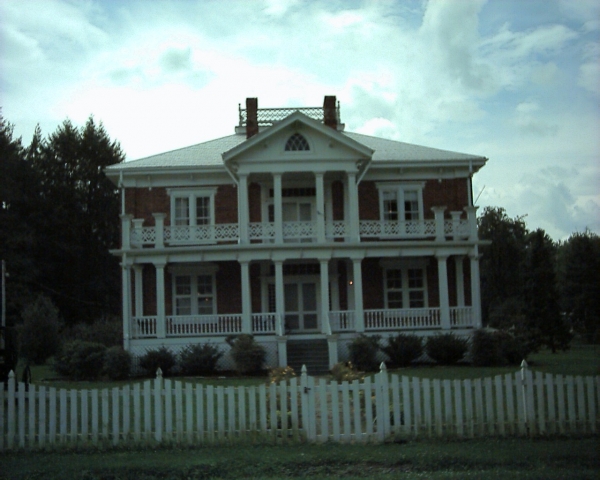 When I think of Hampton, the first thing that comes to mind is all of the scenic wonders it has to offer such as Grindstaff Caves, Laurel Fork Creek Falls, Watauga Lake, Willow Stream House, Butler Mansion, Browns Castle, Hampton Springs, the Appalachian Trail, and all the beauty and grandeur that each of these places bring to Hampton and the world. All of these places fill my mind with grand memories of my childhood and how I would visit these places every chance I was given. My childhood would not have been the same if these historic sites had been left out for some reason. All of my life I have often wondered how each one of these sites came to be. As years passed by, I began to collect photographs and artifacts from these places. I began to ask my parents, friends, family, and neighbors about how these great places and Hampton itself came to be. In order to answer these questions, we must go back to the 19th century when most of the first documentation about Hampton begins.
Hampton is a fairly small town nestled in a bowl shaped valley of the Appalachian Mountains. Until after the end of the War of 1812 this area was a rich, fertile, unsettled valley said to be teeming with Wildlife. There are conflicting stories of how the land came to be owned, but one common thread and fact is that the originating family name attributed to the ownership of the land is Simerly. One story states that the land was given to Henry Simerly as an end of commission bonus. He was not that interested in the land, or in settling here, so he traded the land for a horse and a gun. This is almost hard to believe considering the value of the land now, but back then land was plentiful and cheap.
The story of land from this point is uncertain until about the middle of the century when Elijah Simerly bought the land from a man named Badgett. The only other two families living in the area at this time were the Lacy's and the Campbell's. Elijah Simerly went on to design the layout of the streets and then named the town after his wife Mary whose maiden name was Hampton. His vision led to the settlement and growth of the area and made Hampton what it is today. Elijah was an investor in the East Tennessee and Western North Carolina Railroad and also served as President of the that very same railroad from 1867-1871.
The railroad was good to Elijah. The Simerly's had 13 children, so the need for a home was great. Around 1867 Simerly built a home that at the time was considered a mansion. The home is located at 107 Main Street and is perhaps the most important historic site Hampton offers. A photo is included of the old Simerly/Butler Mansion.

END_OF_DOCUMENT_TOKEN_TO_BE_REPLACED

Thanks to the ETSU Computer and Information Sciences Department.

Thanks to the NSTCC Computer and Information Sciences and Computer Engineering Technologies Department.

This is my Favicon.